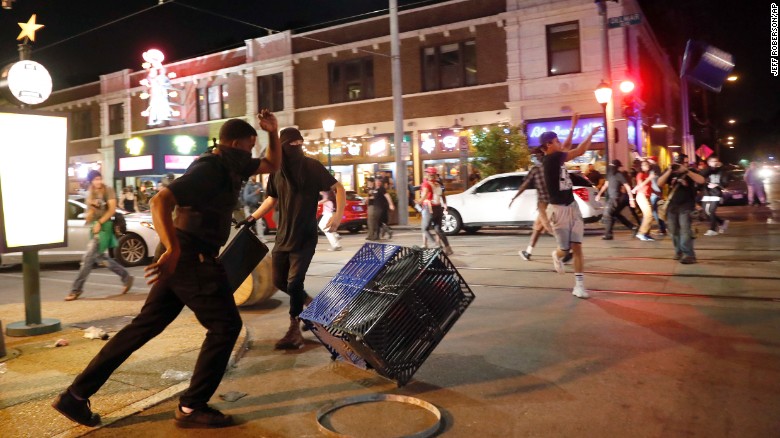 Instances of harmful and violent protests continue to sweep the streets of St. Louis after ex cop Jason Stockley was acquitted of first degree murder.

After the fatal death of motorist Anthony Lamar Smith in 2011, former cop Jason Stockley was finally acquitted on Saturday, September 16 from first-degree murder. With the trial looming for over six years now, according to CNN, “justice was not served” and that further “legal actions will be taken” by the Smith family in the near future.

By “not know[ing] the suspect was reaching for a handgun in the center console” officer Stockley in part believed he had every right to “fire his weapon.” According to sources at CNN, “since the suspect was resisting arrest” and thus reaching for his handgun, the judge ruled in the favor of Stockley due to lack of evidence on the prosecution side of the court. However, how does one black individual’s death lead to a vast amount of protests and riots in the city of St. Louis? In part, Smith’s death started a chain reaction in 2011, in which continues to ring the same sound throughout cities and towns all across the United States.

With much demonstration erupting after the judge announced his verdict, peaceful yet some harmful protests continue to loom even after more than a week of the acquittal. For there is no way the decision can be overturned now, the decision to keep on protesting and voicing their dislike for the verdict is one act that may not stop in the upcoming weeks. But by walking and marching through the West County city mall, the more than 300 protesters seized to stop their chants of “no justice no profits” and “black lives matter” ringing throughout the walls of every corridor in the shopping center says CNN. However, it is not only peaceful protests that are continuously ringing throughout the city of St. Louis; but acts of bricks being thrown at the mayor’s house and onto nearby police cars are ones in which caused more than thirty-three people to be arrested.

Through a lot of problems arising and very little solutions being proposed, the city of St. Louis is one in which is embodying everything in which society is acting as today. By being defiant to authorities, to protesting their respective beliefs, the protests that are sweeping the city and that of the whole country are ones that are begging for reform and less discrimination towards that of the black community. Luca Licata (11) believes that “with all that’s going on in our country right now, the acquittal just adds fuel to the fire” in the sense that the “protests will  continue to go on.” With much debate over if the officer “should have been acquitted or not” the topic of too much force being the cause of death by police officers in society today is one in which has yet to be reformed and answered.