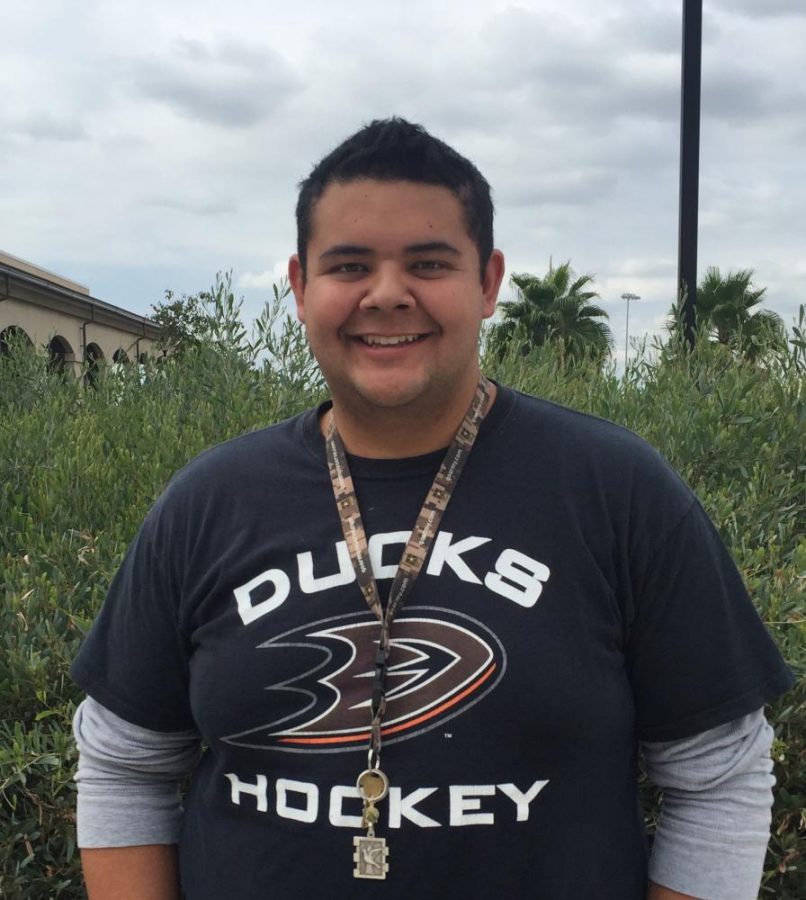 Every year, the Yorba Linda Rotary Club hosts a breakfast honoring a student that has improved the most. This year, the Rotary Club will honor Charles Robertson on October 13th at Black Gold Golf Course.

When Charles found out he was nominated by the Rotary, he said it came as a huge shock to him and he was excited to win the award. “I wasn’t the best student and I was confused on what kind of student I was going to be during freshman and sophomore year,” he explained. His motivation for improvement has come from the support he receives from his family, his friends, and the teachers here at Yorba Linda High School.

Charles is involved in the Advanced Culinary class for the Culinary Arts program at YLHS. Being involved in this program has helped push him to strive to be a better student. He says it’s his niche and he likes the atmosphere of being able to do a lot of hands-on work rather than sitting in a classroom. The personal connections he has made with teachers and other students in the program also make up a part of his motivation to work harder.

With a goal to be a chef in the future, Charles has also taken on a seventh period ROP that deals with restaurant retail. He has learned how to apply his skills to a real-life job by learning and is given an education on timesheets and payroll to help him understand how he can work or manage in the food industry.

During his junior and senior year, Charles started to find what was interesting to him and by receiving more support at home and being encouraged by his friends and teachers, Charles is driven to work harder to excel at what he loves.

Singing is also one of Charles’ other passions. He joined the choir in middle school, did church choir, and now at YLHS, he is a part of vocal ensemble and concert choir. Because of Culinary and choir, Charles finds a reason to enjoy coming to school and to work to be better.

Congratulations, Charles! We are proud of your hard work and dedication.