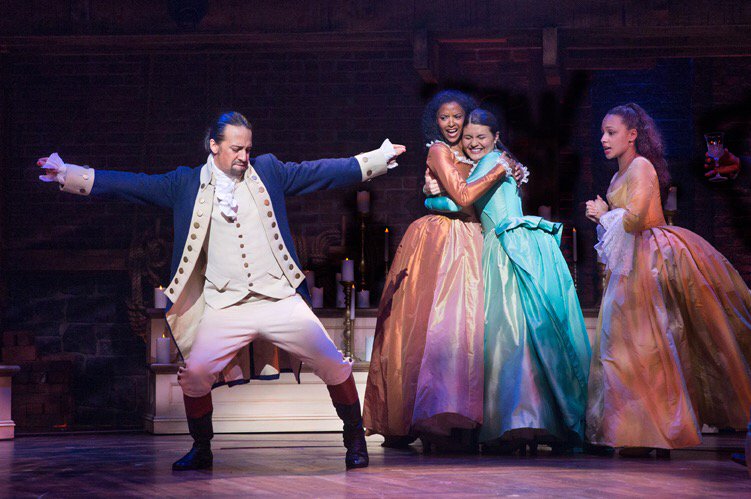 The hit Broadway play, "Hamilton," has educational benefits in addition to its entertainment purposes.

Many people would refuse to admit that they like musicals, but face it, everyone can’t help but love Hamilton. Hitting the theaters all over America, this new Broadway musical has been like a spark shooting across the hearts of people everywhere. Surprisingly, Hamilton has caught the attention of more than just its theater-junky audience; people who have never shown any previous interest in musicals are now die-hard fans of the performance. It’s one of the most talked about Broadway shows since The Book of Mormon in 2011, according to The New York Times.

But why is that? What has made this musical so successful? Experiencing the show can give the viewers a strong connection to its historic ties, since it does feature well-known historical figures. In addition to enjoying quality entertainment, the audience can learn about America’s important history as well, though some creative additions to the events are bound to be seen.

It may also have been such a wide success because of how the music itself impacted its audience. Contradictory to its aged setting, the songs throughout the performance are of modern-day hip hop and even rap, which was bound to catch the eye, or rather, the ears, of many modern-day music fans.

“I really enjoy the the music and story aspect of it,” confirms Paige Richey (11). She confesses that she loved how both were combined into an excellent production that capture the hearts of many. “It even had the classic and interesting characters that continued to keep me entertained.”

According to the New York Times, Hamilton has been the biggest hit on Broadway, winning several awards in the process. It won 11 Tony Awards, which includes the prize of the best musical, the Pulitzer Prize in drama, and even a Grammy Award for the best musical theater album. To think that this is just a fraction of the awards that this production has rightfully earned.

This success may just be the reason that Hamilton has become one of the largest gateway musicals in America. Not only was the performance able to hook musical fans in, but it was also able to capture a much broader audience. As a gateway musical, Hamilton also brought light to these new audiences as they dove deeper into the fascinating world of musicals.

Though Hamilton is the most well-known gateway musical, there are many others that hold the hearts of their many fans such as Dear Evan Hansen, The Book of Mormon, Be More Chill, Wicked, and much more.

Although the chance of going to see the show in person is extremely slim, fans are still able to watch fan-made videos of the performances and download the songs so they can listen to it as their hearts desire. And who knows? Maybe they will get the chance after all.