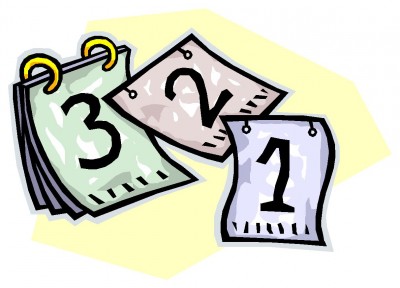 Slowly by slowly, summer is approaching YLHS and all the students are excited about the next few weeks of break to come.

Summer of 2017 is just around the corner, and as a result the anticipation is rising. Many students have high hopes for this year’s summer, especially those who have been waiting all year for this well deserved break. The question is, will their expectations be met? During summer, or more so the weeks leading up to it, many plans are made, set up and imagined, however most of the time none of those said plans are met. Having such high hopes for summer could cause someone’s summer to seem inadequate or boring, and this is why having low expectations for summer is actually a good thing rather than bad.

Plans to meet up with friends and go to extravagant places eventually start to take a toll on both mental and physical issues. There is rarely enough time to fit in all the wanted activities someone would desire during summer, as well as have the money it would cost. Not only that, but if the plans are made and met, then the hype would cause the situation to be a let down. Eventually the students would just give up and rather say no to their plans, leaving them with a boring summer. In reality, setting low expectations such as maybe spending time with a group of friends at certain places every once in awhile during the summer is a blessing in disguise because then anything exceeding that will result in an amazing summer that exceeded one’s hopes. Joanna Jones (9) believes, “Having low expectations for summer is better because when something exciting or fun happens it means even more for someone since they weren’t expecting it and it excels what they were hoping for. If you have high expectations then you might not have a great time cause you were expecting more than what was available.”

Keeping one’s schedule open is also a benefit of having lower expectations for the summer. By not packing in activities that most likely will be canceled into one small schedule, it leaves someone open for spur of the moment activities like going to the beach out of nowhere, or seeing a movie with some friends. By keeping a less packed schedule, more can be done in less time due to the small pre-planning of activities rather than months ahead planning for expensive vacations with less people to see and less time to have. Still, having some planning and standard expectations is definitely necessary for a push for students to go out during the summer and accomplish all they would like within these few months before summer ends.

By having lower expectations for summer, students will have better summers overall because their hopes will be surpassed rather than not met. More activities will be accomplished as well as those activities exceeding the hopes set out for them by the students. Lower expectations keep people less disappointed, therefore giving them a more enjoyable summer.