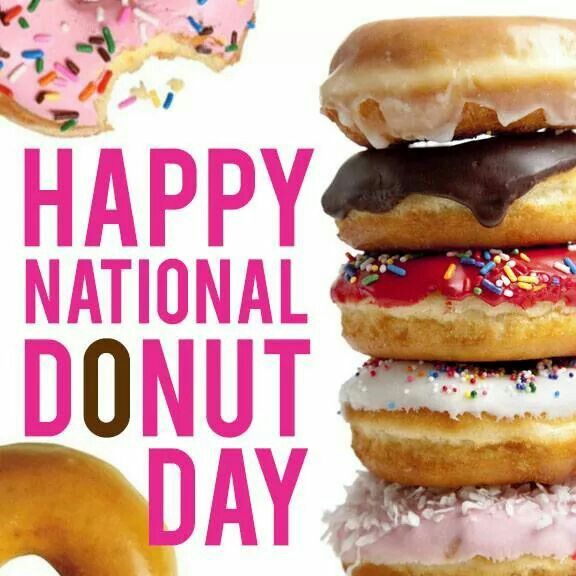 Every year, since 1938, people and doughnut shops everywhere have been celebrating National Doughnut Day, which is the first friday of June. This year, 2017, National Doughnut Day falls on June 2nd. This tasty doughnut filled day is to celebrate and commemorate the Salvation Army Lassies, which were the the brave volunteer women who served doughnuts to the all the soldiers during World War one. These Lassies “went to the front lines of Europe” and served many meals; of those meals were doughnuts, which were sometimes cooked in the helmets of the soldiers due to the harsh times (USATODAY). Of course, it all began when a fundraiser for the Chicago Salvation Army in 1938 was started in order to aid the less fortunate during the Great Depression. Throughout the century, it began to celebrated in many different ways.

Now a days, this special day in history is celebrated by many doughnut shops and bakeries all over America by giving their customers awesome doughnut deals. Some businesses might just give free doughnuts to all customers, free doughnuts with any purchase, or a dollar for a dozen of doughnuts, etc. If you are a doughnut enthusiast, “then why not get them cheaper or, even better, free by going to any donut shops celebrating this festivity,” states Devonna Qumsieh (11). Here are some local businesses that many YLHS mustangs are sure to hit up:

Dunkin’ Donuts is celebrating this holiday by giving any doughnut of choice for free with the purchase of any beverage, all day friday. Go get this double whammy deal while supplies last.

Krispy Kreme does not mess around when it comes to National Donut Day because they are giving all of their customers a free doughnut with no purchase necessary. This offer runs all day friday and while supplies last.

These are just a few of the popular doughnut shops that are participating in the annual Doughnut Day. With all the hype of these deals on social media, there is sure to be long lines; so, plan to arrive early. Although summer is right around the corner, it doesn’t hurt to go stop in get a free doughnut. This “food holiday” is just an excuse you can use to eat the sugary doughy glazed, jelly filled, or sprinkled things you love. So, make sure to check out local bakeries or doughnut shops in order to participate in these sweet delicious deals.