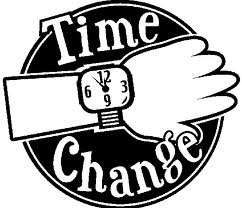 Contrary to many people’s beliefs, DST did not occur because of farmers. It actually originated in Ontario, Canada in 1908, making it the first place to use the change, according to Time and Date. Though Canada was where it originated, on April 30, 1916, Germany was the first country to implement DST nationally. Their reasoning was to reduce the use of artificial lights so they could save fuel for their attacks in World War I. Many other European countries followed Germany’s decision; however, most reverted back to normal time.

As for the US, President Wilson first enacted DST in 1918, referring to it as “Fast Time.”similar to  Europe, signing it into the law was also to support any war efforts.  ‘An Act to preserve daylight and provide standard time for the United States‘ was passed on March 19, 1918, according to Wed Exhibits. President Franklin D. Roosevelt was the first president to institute a year-round DST in the U.S. in 1942, which was called “War Time.”

This new time act was forced during World War II from February 9, 1942 until September 30, 1945 in both the US and Canada. According to Time and Date, the U.S. time zones were called “Eastern War Time,” “Mountain War Time,” “Central War Time,” and “Pacific War Time.” However, once Japan surrendered in August of 1945, all time zones were relabeled as “Peace Time.”

This remained until 2007, when the Energy Policy Act of 2005 was enacted, which extended DST in the U.S.

Currently, over 70 countries worldwide use DST, according to Time and Date, obviously including the U.S. However, within the U.S., the states Arizona and Hawaii do not participate in the national time change.

It often takes some time for people to adjust to the new daylight hours; the sun is rising later and sets later (earlier for the second change) in the day. DST disrupts our normal body clock, which can cause confusion of the current time. It has also been known to cause sleep deprivation because of the amount of light available when going to sleep and waking up.

However, this pain is short-lived. The average amount of time it takes to adjust to the new time is about one day, according to WebMD. Of course, this does vary depending on the individual.