Brick and Mortar Goes Out of Order 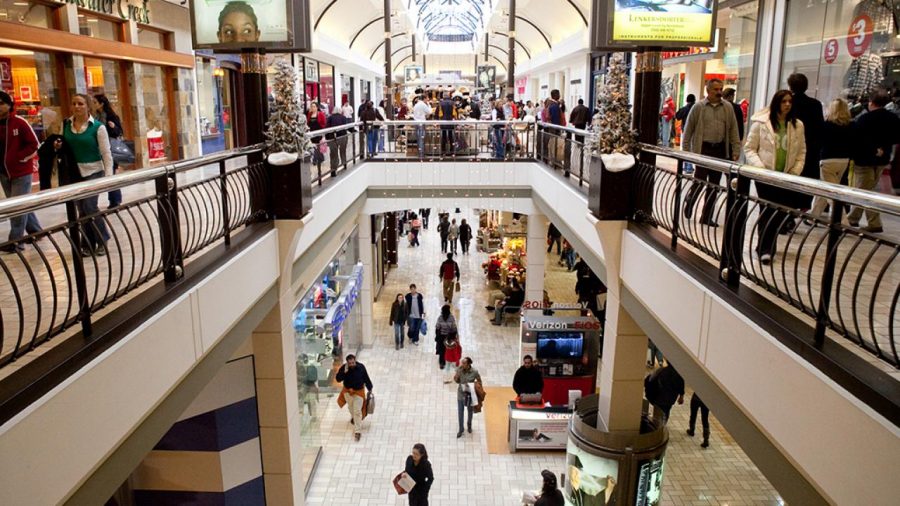 Online shopping, the new phenomenon of being able to purchase anything at the click of a button. As the wonders of Amazon and Ebay show consumers how convenient shopping can be, more and more people are finding that they would rather scroll through endless options online rather than actually go to physical stores.

Consequently, even the most prominent of retail stores are feeling the impact of online shopping, as dozens of well-known stores are shutting down brick-and-mortar shops across the nation. Countless brands are suffering as they are forced to cut down on the amount of stores they have, some of them going out of business altogether.

Richard Hayne, the CEO of Urban Outfitters, recently compared the problem to the housing bubble of the Great Depression during a conference call. Explaining first that “retail square feet per capita in the United States is more than six times that of Europe or Japan,” he went on to point out that “our industry, not unlike the housing industry, saw too much square footage capacity added in the 1990s and early 2000s. Thousands of new doors opened and rents soared. This created a bubble, and like housing, that bubble has now burst.”

It was then that the CEO predicted an even darker future for the physical retail stores of America, saying that “we are seeing the results: doors shuttering and rents retreating. This trend will continue for the foreseeable future and may even accelerate.”

What exactly does the future hold for the legacy of physical stores that continues to be prominent in every city in America? Well, it turns out that Richard Hayne’s fears are already coming true.

Macy’s, JCPenney, Abercrombie & Fitch, Guess, Crocs, CVS, and Staples are all closing at least 60 stores this year, many as a result of huge drops in sales. The outlook is especially grim for Bebe, Wet Seal, Payless and American Apparel, stores that have decided to close all of their stores- mostly after filing for bankruptcy.

Alice Ding (9) emphasizes this, saying
“more and more stores seem to be shutting down everywhere.”
On the other side of what seems to be a bottomless gap between retail and online shopping, Amazon is growing it’s empire at an alarming rate. Stocks are up 15%, and the company has a market value of almost $410 billion, which is twice as much as Walmart (CNN Money).

Other companies are managing to come out on top of the brutal battle for limited consumers. Walmart is a strong competitor against Amazon, particularly as it is competing for both digital and physical customers. Perhaps most notably, however, is the success of stores such as Best Buy, Costco, Zara, H&M, and Forever 21 that have all seen increases in their stocks. Home Depot and Lowe’s are seeing even more stability, as consumers are simply more likely to buy heavy supplies in person opposed to online.

Overall, the truth behind the so called “retail bubble” is this: while many formerly prominent stores are scrambling to find space in a shrinking market, other stronger retail companies are rising to the top, potentially encouraging the industry as a whole to better itself. Amazon, of course, is going to challenge all physical stores as it rapidly gains users by the minute. But at the same time, hundreds of thousands of stores are shutting down across the nation- which means the loss of many jobs and a potential for economic disaster.