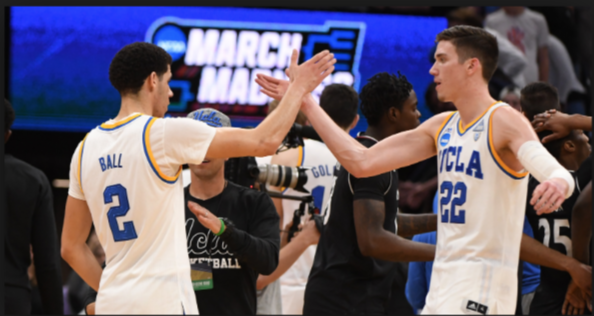 As many of the Yorba Linda High School seniors finish receiving their college admissions decisions, the time has now come to decide where to go. Like these Mustang seniors, who are about to embark on their new journey, two individuals from the UCLA Men’s Basketball team also are leaving their school to start their own adventures.

UCLA is arguably one of the most well known universities in the world, and especially so in California. Hailed as a top tier university, almost every high school senior has at least heard of this college. When students think of UCLA, most of the topics that may come to mind are things such as academics, prestige, research, big city Los Angeles vibes, or career opportunities. However, what also undoubtedly comes to mind, are the UCLA athletics. Images of football games, basketball games, raucous student sections, or tailgates inevitably fill the minds of each high school senior that applies to this university. As a Division I school, UCLA athletics are almost always ranked among the best teams in the nation. This year has been no different.

UCLA Men’s Basketball finished the season ranked third in the nation and lost only three games during the regular season. The Bruins also made it to the semifinals of the NCAA Tournament, losing to Kentucky 86 – 75. This year, the team also set a Pac 12 Division record for the highest average of points scored, with the Bruins averaging about 89.8 points scored per game. The star players of this year were freshmen Lonzo Ball and T.J. Leaf and senior Bryce Alford.

Point guard Lonzo Ball shattered the UCLA freshman assist record, the UCLA single season assist record, and the Pac 12 freshman assist record and finished the season with an astounding total of 274 assists, completely surpassing the previous record held by Larry Drew II in the 2012-2013 season. He is currently one of five finalists for the Wooden Award, which is essentially the MVP award for NCAA Men’s Basketball. Further, he also was named as the Pac 12 Freshman of the Year and was one of three Bruins on the All Pac 12 First Team (CBS Sports). However, Lonzo Ball was not the only one who contributed to the Bruins’ success. Other freshman standout, power forward T.J. Leaf also dominated the court. He averaged a team leading 16.3 points per game last season and ranked second in rebounding, with an average of 8.2 rebounds per game. Further, he was one of the team’s most efficient shooters, making a team best 61.7% of his shots and 46.6% of his three pointers. Both of these outstanding players declared for the NBA draft, foregoing their eligibility to play college level basketball for their remaining years (CBS Sports). Lonzo Ball is projected to be a top draft pick, with many believing he may even be the first pick, and TJ Leaf is expected to also be a first round draft pick.

UCLA Bruin enthusiast Steven Pham (12) stated that although he loved watching the Bruins dominate this season, he feels that “Lonzo and TJ Leaf will kill it in the NBA, and I can’t wait to watch them play for their new teams.” So although every high school senior probably did not apply to UCLA purely to watch its athletics, sports play an integral part in the college experience that UCLA offers, and it will be interesting to see how the Bruins Men’s Basketball team fares next season. Good luck to all the seniors, and hopefully, some of us Mustangs will be able to watch the new team play next year!