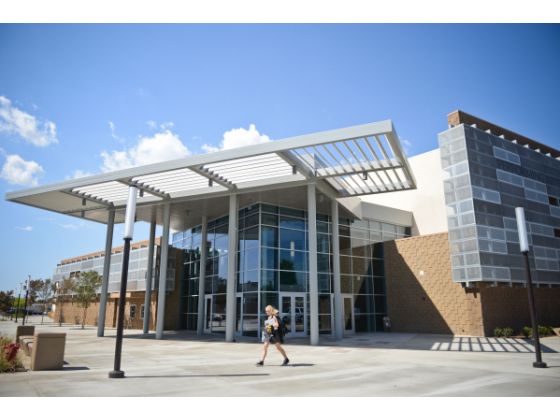 The time for orchestra festival has finished! Every year, all high school orchestras in the Placentia-Yorba Linda School District perform. In front of judges, these orchestras perform two to three songs for a grade, hoping to score a “Superior” grade. Festival is graded based on a system of three levels: Superior, Excellent, and Good, superior being the best. A panel of judges listens to each orchestra perform, and thereafter grades them with A’s, B’s, and C’s on categories, such as the group’s tone and intonation.

Orchestra is an arts program presented here at Yorba Linda High. It is divided into two divisions: String orchestra and Sinfonia orchestra, which is an auditioned group. This year, the number of students is an astounding amount; one in every seventeen YLHS students are enrolled in orchestra! Though the two orchestras are separate groups and practice different pieces, a majority of their performances are at the same concerts.

For severals weeks, the YLHS Orchestra ensemble has been practicing and preparing endlessly for this festival. String Orchestra has been practicing three pieces. “Bagatelle” is a fast and happy tune that becomes mellow in the middle, and ends with a strong sound. “Lascia Ch’io Pianga” is a piece from the opera Rinaldo that is slow but pretty. “Mantras,” the last of the three, is the group’s favorite piece; it is a fairly fast piece but features a slow section. As for Sinfonia, this group has been practicing two pieces. “America’s Cup” is an adventurous song that features lots of dynamic changes and different melodies. “Sinfonia III e-moll” is an extremely fast song with recurring motifs that are played in different instruments.

On Wednesday, March 29, the YLHS orchestra divisions performed at festival, which is held at El Dorado High School’s Performing Arts Theater. String orchestra performed during the day, and Sinfonia orchestra performed at night. String orchestra played exceptionally, receiving an Excellent rating; they achieved two Excellents and one Superior on their pieces. Sinfonia orchestra played remarkably, achieving a score of Unanimous Superior! To gain a Unanimous Superior, all three judges must rank each of the graded categories with A’s. Sinfonia member and violist Gabi Moussa (10) exclaimed, “I am so proud of us!”

Orchestra Festival is an extremely great time for high school musicians to gather together and play the songs they have been diligently preparing for. With all of the orchestras so successful, this festival was definitely one for the books for YLHS!