Beauty and the Beast Controversy 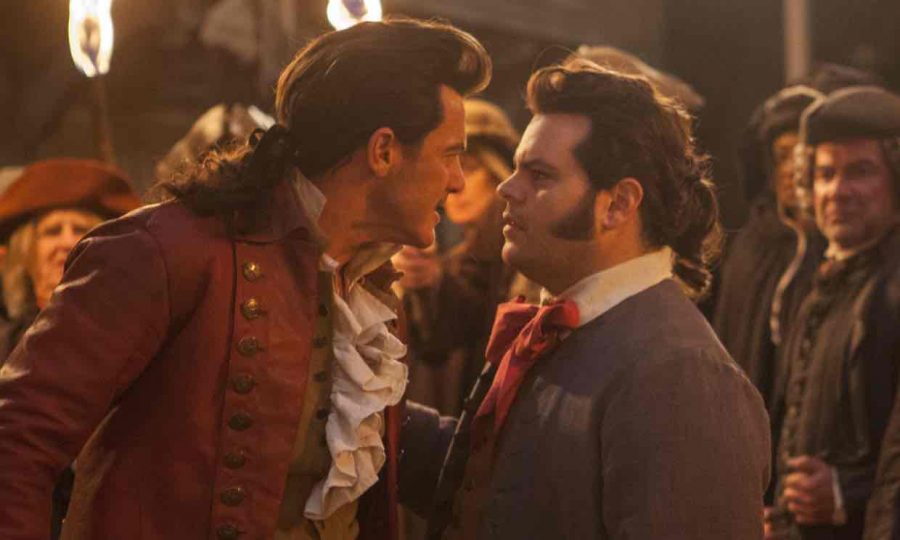 Controversy surrounds the live action of Beauty and the Beast due to its gay character.

The live action of Beauty and the Beast was released in theaters on March 17th, 2017. It features Emma Watson as Belle, Dan Stevens as Beast, Luke Evans as Gaston, and Josh Gad as Lefou. In the original animation film, Lefou is part of Gaston’s entourage that sings and gushes about how manly and great he is. In this remake, the director decided to make Lefou gay, portraying him as an extreme admirer of Gaston.

Many people oppose this rendition of Gaston and Lefou’s relationship and are refusing to watch the movie. Alabama’s Henagar Drive-In Theatre in particular is boycotting Beauty and the Beast from its lineup due to its homosexual elements. The owners of the theatre took to Facebook to explain their reasoning. “When companies continually force their views on us we need to take a stand. We all make choices and I am making mine,” they wrote. “If we can not take our 11-year-old granddaughter and 8-year-old grandson to see a movie we have no business watching it. If I can’t sit through a movie with God or Jesus sitting by me then we have no business showing it…We are first and foremost Christians. We will not compromise on what the Bible teaches.”

Despite all the opposition to Lefou’s gay storyline, the box office for Beauty and the Beast recorded an impressive $170 million, well above the expected revenue of $150 million (Raw Story). Also, Malaysia, an extremely conservative country, has decided to make a compromise by not making any cuts to the gay scenes. However, they are putting a PG-13 rating on it, deviating from the PG rating the movie has in the United States (The Star Online).

Eliana Shim (9) is a supporter of the LGBTQ+ community, and she doesn’t think it’s fair that foreign countries, and even places in the United States, are boycotting this film. “Beauty and the Beast is a movie for families and children, and I think it’s great that it’s exposing young kids to diverse sexual orientations so they can be more open-minded and accepting when they grow up,” she says. “It is unfortunate that countries like Russia and Malaysia are changing its rating from PG to PG-13 and 16+ because it implies that being gay is inappropriate and taboo, which it shouldn’t be.”

Overall, the storyline regarding Lefou’s attraction to Gaston is very subtle. Yet, it is still a progress in the entertainment industry; slowly, the LGBTQ+ community is gaining recognition in films that would’ve never been accepted by society if it were not the 21st century. Hopefully, representation will become a priority for Hollywood so all minority groups can be featured on the big screen.