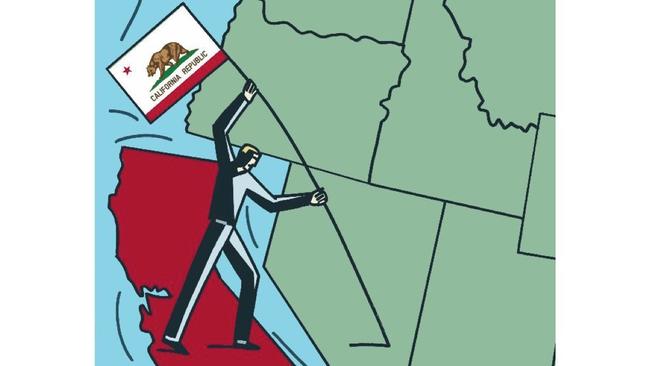 Here in sheltered Yorba Linda, the majority of people believe that California will be apart of the United States forever. Recently, new information has spilled out about a possible “Calexit.” Some state officials think this could be a real possibility if the economy crashes. Others say that California could not survive without the help of the federal government. Like many others, Nick Deang (9) strongly disagrees, stating, “I do not think that California should leave the United States because we do not have the right military and enough money for funds.” Nonetheless, the Calexit is a probable outcome and there are many reasons why it could happen.

As a predominantly democratic state, many Californians continue to protest against President Trump. These protests have gone way too far, suggesting the Calexit. Loads of the protests are lead by Louis J. Marinelli, the “Yes California” campaign president. “Yes California” is an American political committee that advocates for a California succession. Their main mission is to pass a succession in 2019, so that California can become its own country and so California is not held back by overregulation of state funding. Supporters also state that California can do more good as an independent country than being held back by the federal government. A succession could only be possible if enough Californians vote on this proposition in 2018. At this point in time with all of the protests, the Calexit supporters could get enough people to change their minds and to vote on “Yes California.”

Another group that supports a Calexit is the California National Party. Member of the party, Jerry Cox, states that “[we are] dedicated to liberating California from a union that is no longer reflective of our values, and from two political parties that either treat us with scorn and ridicule, or use us as a cash cow to finance elections.” This statement really turns heads and makes Californians rethink if they should vote for this succession. As support for the Calexit keeps growing, California could seize to exist in the near future as a state in the United States.

Although it may not be possible or probable now, a Calexit may become our true reality. Anjolie Jang (9) assures that “I hope that California does not leave the United States because as an independent country, we may fail and collapse as a whole.” With rising support of a succession and rethinking what is best for our state, California could never be the same again.