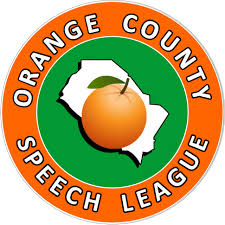 Every single week the students have been placing countless hours of hard work after school towards perfecting their skills. The Mustangs would not have been able to do as well this year without the tremendous amount of hard work and dedication from their adviser, Ms. Dagampat, and their coaches– Ivana (Speech) and Tristan (Debate). Special thank you to the coaches for working with the students to help them develop their skills!

When asked about his thoughts on the tournament, Joseph Toubbeh (12) replied “It was a great tournament to attend. I am happy that I went to it because now I feel like I am better prepared for State Qualifiers in March. I think everyone is doing a great job this year and I believe many entries will have a chance qualify for State which I find very exciting.”

This tournament was the final tournament before the Mustangs attempt to qualify for State. Debate will compete in it’s State Qualifying Tournament at Fairmont Preparatory Academy on February 24th and 25th. The following weekend, the Individual Events (Speech) also has the opportunity to qualify for State on March 3rd and 4th, which will also be held at Fairmont Preparatory Academy. The California High School Speech Tournament (also known as State) will be held April 28th-30th at Arcadia High School. Wishing our Mustangs luck as they look towards qualifying!
Underclassmen interested in joining speech and debate have the opportunity to sign up for this 7th period course during registration. Tryout dates will be announced later this school year. See Ms. Dagampat in Room 424 for more details. Run with the Stampede and join this award winning academic team.