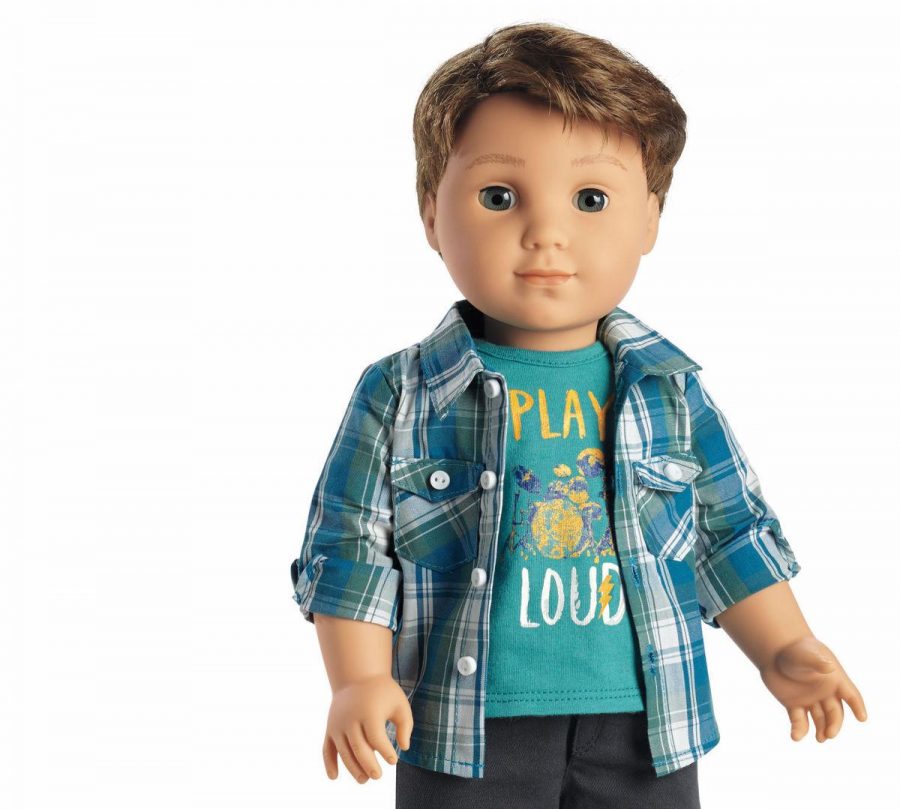 American Girl has been one of the largest brands that young adolescents buy dolls from. As a source of playing with dolls for children, this company has always been the go-to doll shop. Long hair and round eyes, the typical American Girl doll has exclusively been girl dolls since American Girl’s debut in 1986. However, this limitation ended this month in February, with their release of their first ever American Girl male doll.

Meet Logan Everett. He is the newest addition to the 18-inch collection at American Doll. His look consists of brown locks, gray eyes, and a plaid flannel. He is retailed for $115 at American Girl stores. Announced on February 17, 2017, he is the first male doll to be released from the American Girl brand. His character is a drummer that plays alongside the doll, singer Tenney. LeeAnn Burrows (10) says, “I think it’s cool that [American Girl] is branching out to other genders.”

In addition to their first boy doll, American Girl has been working on creating a more diverse selection of dolls. For the past few years, American Girl has worked to extend their selection to include various ethnicities like African American, Native American, Mexican, and American. This year, you can expect to see a brand new Korean girl doll as well as a new Hawaiian girl doll coming out on the shelves.

Besides becoming more welcome to different races, American Girl promotes inclusiveness towards health conditions. Their various dolls can now be purchased with all-embracing add-ons like a type one diabetes kit, hearing aid, wheelchair, and dolls without hair. According to American Girl, “Girls inspire us every day, and we look forward to creating new products, stories, and experiences that celebrate the countless unique qualities in all of them.”

The importance of American Girl’s acceptance and their diverse dolls are a valuable ideal for children’s’ toys. While they are able to personally relate to each doll, they are also able to be exposed to the differences of people worldwide. Promoting positivity and individualism, these dolls are a great way to include acceptance in people’s lifestyle.

From skin tones dark to light, from both genders, from accommodating people’s individual needs, American Girl has really been a bright light welcoming the children of this generation.