Is It Getting Hot in Here? 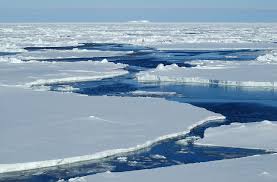 Near the end of September, the Arctic has experienced ice growth levels. However, this Pole hasn’t been getting much growth recently, but a decrease of ice instead.

The NSIDC believe that this is mainly due to the fact that the air temperature and climate are much warmer than usual. Their studies have shown that the climate is up to fourteen degrees Fahrenheit (or eight degrees Celsius) above the annual average.

“What we’ve seen over the years is that the older ice is disappearing,” said Walt Meier, a sea ice researcher at NASA’s Goddard Space Flight Center in Greenbelt, Maryland. “This older, thicker ice is like the bulwark of sea ice: a warm summer will melt all the young, thin ice away but it can’t completely get rid of the older ice. But this older ice is becoming weaker because there’s less of it and the remaining old ice is more broken up and thinner, so that bulwark is not as good as it used to be.”

This change in the environment affects the lifestyles of many animals like the polar bears, who are most affected by it, use the ice as their live support. They rarely live on the land and are labeled as marine mammals because they live on the arctic ice that covers the ocean. The lack of ice is making it difficult for them to travel, hunt, raise their young, and do everything that they need to do in order to live. If this continues, the National Wildlife Federation predicts that polar bears will be reduced to a third of their current population by 2050.

However, the Arctic and the polar bears are not the only things being affected by the melting of the ice caps. The more ice that is melted, the higher the sea levels will rise. Coastal residents could be in distress if it continues to rise. According to Columbia University, it’s not just the Arctic’s climate that is warming up; normally, the layers of ice reflect the sun’s rays back into space, but that is now changing, This is causing the rest of the world to gain heat.

Scientists are currently recording more data on the Arctic and how the ice caps are having an effect on the world. Although they can’t create a method of stopping or slowing this process, perhaps their studies will assist the world in adapting to these changes.