Getting Into the Holiday Spirit 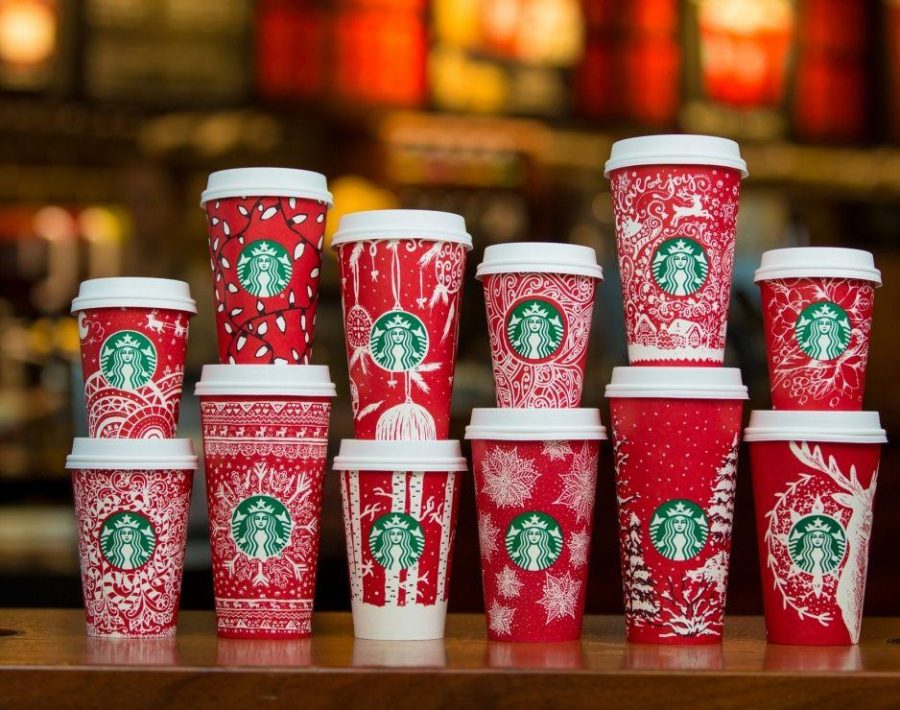 Cold days, sweaters, and a warm cup of one’s favorite Starbucks drink, otherwise known as the perfect image of the holiday season. The holidays are right around the corner, and some may recall the controversy last year over the simplistic red Starbucks holiday cups. Well this year, Starbucks has decided to start something entirely new while still keeping the base of a red cup.

As many customers may have noticed, there are actually multiple cup designs. Thirteen different types of cups are available, featuring unique drawings from snowflakes to ornaments. In an approach to promote a “unified, global face of the brand” as Barista Benjamin White explains, Starbucks decided to ask their customers for the designs they wanted on

Inspired by a trend of customers drawing on their normal white Starbucks cups, Starbucks invited customers to share their designs on red cups through Instagram. According to the official Starbucks website, they received over 1,200 submissions from 13 different countries in eight days. These submissions were reviewed to choose the final cup designs.

Thirteen women from all over the world were officially selected for their artwork. And those that were not chosen were still encouraged to share their creativity with the hashtag #RedCupArt on Instagram. Starbucks also introduced the Red Cup Collection, a website dedicated to featuring the different types of drawings that have been tagged with the hashtag.

The thirteen designs are named Birds and Flowers, Holiday Lights, Birch Forest, Candy Canes, Ornaments, Woodland Deer, Love and Joy, Poinsettia, Graphic Swirls, Snowflake Sweater, Evergreen Forest, Sleigh Ride, and Wooden Wreath. Each one is drawn in white ink against the solid red cup, coming together as a set of beautiful and unique works of art.

From places such as Russia, Dubai, South Korea, and Indonesia to nearly every major city within the United States, each designer is from a unique area. Starbucks hopes that this diversity will allow their cups to represent a large portion of the world. As Eliana Shim (9) says,
“All the cups are each special in their own way, and it’s always fun to see which cup I get each time.”
Now these designs are being used in the cups across over 25,000 Starbucks stores in 75 countries.

Starbucks is officially able to declare the new cups as a success, bringing little real criticism and presenting visually pleasing cups. Marking a smooth start of the holidays, the cups bring hope of a good season.